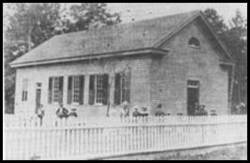 During the Civil War, Zion was used to house Confederate prisoners and also as a horse stable. When the Federal Army left, they dismantled the shell of the church building and used the lumber to build a hospital in Yorktown.  The church was rebuilt in 1866.

Crab Neck was renamed Seaford in 1919.  The town and the church continued to grow.  Zion Church was once again remodeled and enlarged. It was still a one-room building with ten Sunday school classes all in one room, but the main body of the church was extended and both wings were also enlarged.  The furniture that was purchased for the pulpit is still used today as are the chancel chairs and communion table.  Zion's new cast iron bell hung proudly in the belfry. 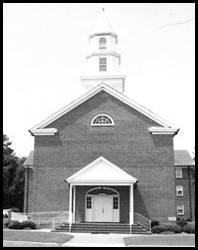 At the 1951 Annual Conference, Zion requested to become a station church and have a full-time pastor. Zion's membership had grown to 480 by 1952.  The current parsonage was completed in early 1954.  With Zion's membership increasing, a committee met to discuss plans for building a new education annex on the half acre of land adjoining the church. The new building provided ten classrooms, a large social hall and kitchen, storage, restrooms, and a stage.

In 1979, Zion's congregation was enthusiastic at the prospect of a new organ and began to raise funds. By the end of the project, $68,000 had been raised to purchase the new organ, renovate the sanctuary, and redecorate the choir room to make it into a chapel.  The organ was installed in April 1985 and was first played on Easter Sunday.

As the size of the congregation continued to grow, Zion felt the need to expand once more. After many years of praying and planning, construction began in 2005. With the enthusiastic support of church members, a commons area was added, the church offices and Sunday school rooms were renovated, and an elevator was installed making the entire church building accessible to all members.  This project was joyfully completed in October of 2006.